Some people who have an arteriovenous malformation (AVM) know about their condition early on. For others, the diagnosis comes as a surprise. At the AdventHealth Neuroscience Institute, we specialize in helping people with brain AVMs at all ages and stages, and we know how different the condition can be for every person.

Whether your AVM just needs ongoing monitoring or you’re a candidate for our advanced minimally invasive procedures for AVMs, you’ll find every option you need from the expert neurologists at our state-of-the-art facility.

What Is an Arteriovenous Malformation?

Arteriovenous malformations (AVMs) happen when a group of blood vessels in your body form incorrectly, usually during prenatal development or shortly after birth.

Normally, arteries carry oxygen-rich blood from the heart to the brain, and veins carry blood with less oxygen away from the brain and back to the heart. A brain AVM is a tangled malformation of arteries and veins occurring with the brain or its covering, that form direct connections and bypass normal tissue and divert blood from the arteries directly to the veins.

Highly rare, brain AVMs occur in less than 1% of the general population. Although present at birth, depending on the size and location of the AVM, the condition might not become apparent until later in life, during puberty or after an accident.

Sometimes, women will have symptoms during pregnancy because of the stress that pregnancy puts on the blood vessels. Many AVMs are only discovered during treatment for another unrelated health condition, or during an autopsy. But, many people with AVMs never experience problems, and if they haven’t had symptoms by the age of 50, they might not ever.

Over the course of a lifetime, AVMs will grow and change along with a patient’s body. More common in men, some experts believe that the risk of developing AVMs might be genetic.

The biggest concern for patients with brain AVMs is uncontrolled bleeding, or a hemorrhage. Less than 4% of AVMs hemorrhage, but when it happens, the effects can be severe and even fatal, in some cases. About 1% of people with AVMs die from the condition.

Depending on where it’s located, AVM brain symptoms can vary. The physical symptoms of an AVM can include:

Many people only find out about an AVM when it bleeds, which can cause a stroke. But, if you suspect you have an AVM, contact your doctor, even if the symptoms are not obvious.

If you experience severe symptoms such as a seizure, numbness, vomiting or physical weakness, call 911 or go to the emergency room immediately.

Left untreated, AVMs displaying these symptoms can enlarge and rupture, causing intracerebral hemorrhage or subarachnoid hemorrhage, which can lead to permanent brain damage.

How Do You Diagnose AVMs?

Most AVMs are detected with either a computed tomography (CT) brain scan or a magnetic resonance imaging (MRI) brain scan. Sometimes, an angiogram is necessary to identify the type of AVM. Testing may need to be repeated to monitor changes in the size of the AVM, bleeding or new lesions.

When an AVM is found, depending on its type, location and size, your doctor may recommend treatment.

At the AdventHealth Neuroscience Institute, we assess whether the AVM has bled, if it’s in an area of the brain that is easy to treat, how large it is and if it is growing. Then, your doctor will determine the level of treatment you need.

Treatment options may include:

If there are no serious symptoms or if the AVM is in a part of the brain that can’t be easily treated, your doctor may advise you to avoid excessive exercise and blood thinners.

If the AVM has bled or is in an area of the brain that can be easily accessed, your doctor may recommend surgery.

In this treatment method, a focused-beam, high-energy source is concentrated on the AVM to create a scar and encourage the AVM to clot. This procedure is recommended for AVMs that are not too large, but in areas difficult to reach by regular surgery.

Part or all of an AVM can sometimes be treated by placing a catheter inside the blood vessels to block off the abnormal vessels with materials like glue or coils. 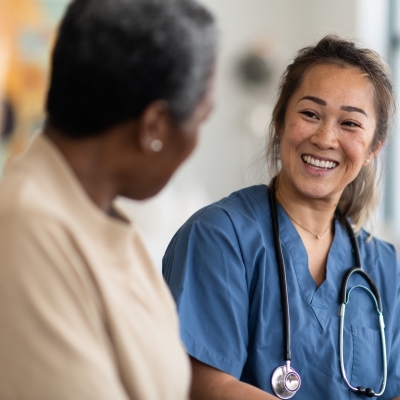 Coordinating Care for Your Unique Needs

At the AdventHealth Neuroscience Institute, we can help you manage your condition in ways that strengthen your mind, body and spirit. Your personal Care Coordinator can guide you through every step, from your first AVM screening to your plan for treatment.